If your business is holding any type of event for which you want to catch peoples' attention, there are several approaches that you can take. While the right signage is always important, give some thought to using a giant advertising inflatable, which you can rent from a service in your area. One particular advertising inflatable is commonly called a "dancing man." It consists of a tall, tube-like "man" that stays inflated because of a large fan attached to its base. Here are some benefits of using a dancing man inflatable for your upcoming event.

It Stands Tall In The Air

Tall marketing materials are effective because of their ability to be visible from considerable distances. When you want to draw people to an event, you want them to see whatever devices you have on display from afar. A dancing man advertising inflatable is effective, in part, because of its height. It's commonly tall enough to extend beyond the tops of some signs, shrubs, bus shelters, and other obstacles that might sit between the inflatable and the people who are passing by. These inflatables are available in many different heights, and those that are tallest are often the easiest to spot.

A sudden burst of movement can catch someone's eye, and this is another reason that a dancing man inflatable is a good choice for your event. This device never stops moving. Not only does it sway and bounce back and forth, but its arms also move vigorously, too. Even if someone isn't fully looking in the direction of your property, he or she may notice the dancing man out of the corner of his or her eye, all because of its rapid movements. This makes this type of marketing tool far more effective than something that remains stationary.

It's Exciting For Kids

If you want to attract children to your event — perhaps you're a library that is holding an open house or you're a bowling center celebrating its grand opening — a dancing man inflatable can be an effective device. There's little doubt that any child who spots the dancing man while riding in a car with his or her parents will comment on it. Dancing men are often made of vivid colors, and many have funny faces printed on them — two things that will appeal to kids. A child who comments on what he or she sees may compel a parent to drive toward your location to check it out.

To learn more about giant advertising Inflatables, contact a company near you. 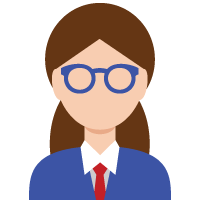 What is your marketing strategy? Do you even have a marketing plan? This important element of running a business is one thing that I had overlooked for the first few years of running my business. I was not seeing the increase in sales that I had expected after the first year and did nothing about it. I continued on the way that I was. It wasn't until I attended a marketing conference that I learned how much I could be doing to improve my business. Visit my site to find out what I learned during that business-altering three-day marketing conference.